After hearing the initial knock at the door me, my kids and nephew bolted to the door to see who was outside. When I opened the door we were met by three young people who were obviously not from our area, but of different ethnicities. They began to explain they were inviting kids to a nearby Baptist Church were they were going to do Vacation Bible School. This announcement for VBS was far more culturally apropos than driving down the road honking  incessantly from an unmarked van.

After the announcement of VBS the precious young people wanted to leave candy to any youngsters in the house. My nephew, who was four at the time, gladly approached them and took some Starburst from their open hand. My nephew taking the candy from strangers made me think of a SNL skit about candy and vans:

Obviously, no child should ever approach someone they don’t know and take candy they’re offering (especially if they’re in a van). This strategy of Church groups coming to the reservation trying to proclaim the good news of Jesus Christ is more relational, but I did not have the heart to tell these young short term missionaries that when they leave with their  pictures, memories, and Indian jewelry there will be little to no lasting change.

The drive-by gospel presentations are all too common on most reservations. I know a Navajo elder who has been baptized into several Christian denominations and other churches. The question I have is did the missionaries who came to the elder as a child even ask if they knew Jesus or had already been baptized? There is an assumption that Native people are in enduring darkness and the only way out is through missions. But, even after 500 years of missionizing efforts why are Native people still seen as the perpetual mission field?

Richard Twiss in his book, Rescuing the Gospel from the Cowboys. says along with being the perpetual mission field, Native people are not seen as vital components of missions or in the work of the church. The same mistakes are being made over and over by outsiders who come to the reservation in hopes of saving Indian souls. They don’t ask themselves or of their leaders:

For the past few years our Nations group has been going to Kake, Alaska during the summer. We go with our group of college students to fully engage with the community. We teach college students what it means to be relationally focused and to answer many of the questions asked above. Many of the students who have gone to Kake for a summer return to visit their new relatives. 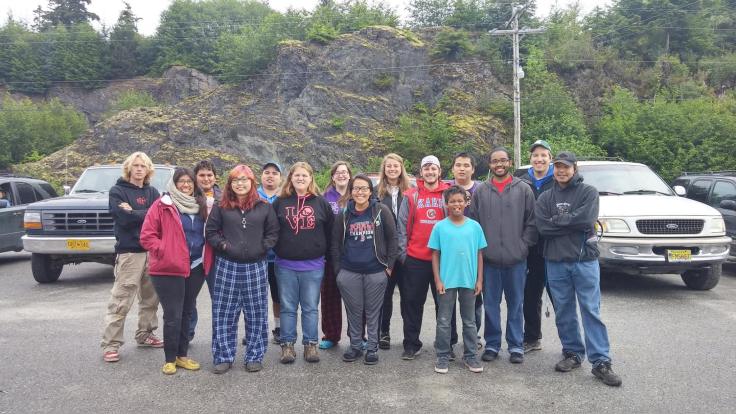 While in Kake we don’t do VBS, but we watch over the course of the summer the many Church groups come to do their VBS and leave just as quickly as they came. The local Tlingit people have dubbed VBS as child care. Kake, like most Native American communities live holistically where the focus is not just on kids but on entire community. Missions, especially short term missions, neglect to learn about the values that make up Native communities. Without understand the value of silence, finishing an interaction, humor, eating and saving face, missionaries are seen as no different from tourists.

Missions need to be relationally focused.  No matter where you go, it takes time to build trust, and it takes time to learn the culture.  It may take years to develop these things, which requires humility, consistency, and returning… No one is perfect, but let’s not keep making the same mistakes.

If there were just one article I could give to the groups that come to Native American and First Nations communities it would be: MISSION MODELS THAT EMPOWER: Keeping it Small by Rachel Charles

Donnie & Renee Begay started Nations Ministry on the New Mexico State campus in 2004. While working within Indigenous communities, mostly college aged students, we have been asked many questions about our work. Mostly questions about our work and how they can engage with Indigenous students and communities. We are not available to meet everyone individually, but we can write out our thoughts. On our website/blog/vlog we seek to our stories, ideas, thoughts.